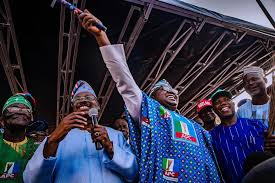 The All Progressives Congress in Oyo state has called on the party members in the state to be wary of a fake delegate list in circulation ahead of the party’s state congress which has been rescheduled for this Saturday.

In a statement issued on Monday and made available to journalists in Ibadan by its Caretaker Chairman, Chief Akin Oke, Oyo APC expressed its readiness to conduct a hitch-free and successful Congress as against the wishes of some people described as anti-democratic forces that are bent on creating crisis within the party ahead of the 2023 general election.

According to the release, the party said it regretted the postponement of the exercise last Saturday adding that the congress will now hold this coming Saturday at the same venue.

It would be recalled that the Congress earlier slated for last weekend could not hold as a directive for its postponement came from the Caretaker Extraordinary Convention Planning Committee (CECPC) in Abuja.

“We regret the situation that led to the postponement of the exercise last Saturday after some of our members expected at the Obafemi Awolowo Stadium venue had arrived and started a carnival-like engagement among themselves. We are Indeed glad to inform members of the general public that there is no cause for alarm as the exercise will now come up this Saturday at the same venue.

“It is highly imperative for us to indicate that only delegates and officials are expected at the venue on Saturday as no unauthorized person or group of persons would be allowed entry into the stadium arena. The delegates are in two categories- ward chairman, ward secretary and three local government delegates elected during the local government congress held on July 31, 2021 as well as statutory delegates specified in the constitution of our great Party.

“To this end, we appeal to security agencies in the state to be on alert as we have it on good authority that the same set of state-sponsored hoodlums who wreaked havoc at a private facility where a faction of the PDP held its Congress last Saturday have been directed to visit our gathering this Wednesday and unleash terror on our leaders and members with a view to disrupting the Congress which they know would strengthen the opposition party to be able to dislodge Gov. Makinde from power in 2023.

See also Oyo Government Extends Light-Up Project To Other Zones,Commences Repairs of Potholes In Ibadan Metropolis
“Finally, we would like to state with emphasis that the concorted local government executive members’ list being circulated on the social media platforms in the last 24 hours is fake and should be disregarded as only the national secretariat of our party has the list with them at the moment while they have assured that it would be made public through the right channel at the appropriate time.” Chief Oke added.