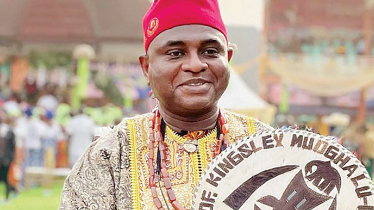 Against the background of anticipated impasse within the governing All Progressives Congress (APC) and major opposition Peoples Democratic Party (PDP), the African Democratic Congress (ADC), which sells itself as the third way in Nigeria’s democracy says the situation calls for alertness in its membership recruitment process.

The Guardian gathered that litigations against the leadership hierarchies of APC and PDP may end up stalling the national conventions of the two parties, even as some party stakeholders express fear of imminent implosion and mass defection from the two mega parties.

In PDP, the immediate past national chairman, Prince Uche Secondus’ refusal to withdraw the suit he filed in court challenging his removal and appointment of Elder Yemi Akinwonmi to succeed him in an acting capacity is threatening the party’s scheduled convention.

Also, the immediate past Deputy National Vice Chairman, (South/South) of APC, Chief Hillard Ntufam Etta, expressed optimism that his suit at the Federal High Court, Abuja, challenging the appointment of the Caretaker/Extraordinary Convention Planning Committee (CECPC), especially the appointment of Governor Mai Mala Buni as its chairman would invalidate the illegal contraption.

In an exclusive interview with The Guardian, Chief Etta said he was not surprised at the complaints of parallel exercises during the recent APC state congresses, saying that they were fallout of the anomalous creation of an unconstitutional CECPC.

Etta, expressed dismay that the National Executive Committee of the party decided to sweep away the Comrade Adams Oshiomhole-led National Working Committee (NWC) in the mistaken notion that the NWC members were all loyal to former Lagos State governor, Asiwaju Bola Tinubu.

He contended that it beggars belief that the NEC had to create an unconstitutional body called CECPC, only to reward the man who served within the Oshiomhole-led NWC as the national secretary before becoming governor as its (CECPC’s) chairman.

“My case in court seeks to prove that the CECPC is an illegal body…but, the attempt to push Tinubu out by all means will portend grave danger to the party. Tinubu has been strategically very silent. All the things they have done to his structures; he has maintained a dignified silence.

“They conscripted incompetent people that could not superintend over the affairs of their states to keep doing things that are against the party. It would get to a stage when it would no longer be tolerable. New political dimensions will come to play. This is what they should understand,” Etta warned.

On whether he had been approached to withdraw the case in court, the former Cross River State chairman of Action Congress of Nigeria (AC.N), noted that the people working against APC are employing scotched earth policies, remarking that they have scorn for everyone.

“Even overtures are to be made, am not the type that would withdraw a case that is predicated on justice and equity,” he declared.

On his part, the embattled former PDP national chairman, Secondus, in a statement from his Media Office, signed by Ike Abonyi, while denying that he was under pressure to withdraw his case in court, stated: “The truth is that Prince Secondus is not in court against the party, but was dragged to court instead by a person bent on hijacking the soul of the party.

“For the avoidance of doubt the media office wishes to restate that Prince Secondus is really under pressure for justice and would seek it anywhere to save the party from hirelings (that are) out to destroy and derail the focus of the party.

“The party leaders are aware of who went to court against it and knows what to do rather than indulging in mind game. Nothing short of Justice and respect for its servants will save PDP from the hands holding now.”

As the two parties continue sorting out their legal hurdles, a Presidential aspirant on African Democratic Congress (ADC), Prof. Kingsley Moghalu, told The Guardian that the party was cautiously pursuing its membership recruitment drive.

Moghalu noted that being ideologically consistent, “ADC will take a pragmatic view in its membership recruitment and would welcome fallouts from implosions in other parties.”

He disclosed that the upheavals within APC and PDP are part of the telltale signs that the parties have overstayed their welcome and awaiting ultimate rejection by Nigerians in 2023.