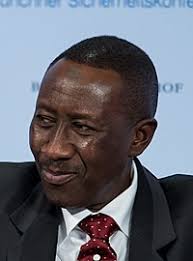 About 20million cases of cyber breach were recorded in March 2021.

As such cyberattacks have been adjudged as the fifth top rated risk in 2020 and have become the new norm across public and private sectors.

According to a report by TechJury, a team of software experts, for every 39 seconds, there is always a new cyberattack somewhere on the web globally.

Meanwhile, an average of 30,000 websites are hacked on a daily basis across the world.

However, these cyberattacks incur tremendous financial damages to the victims whenever they occur.

In fact, a Cybersecurity Ventures estimated that a ransomware attack will occur every 11 seconds in 2021 and ransomware damages are envisaged to cost the world $20 billion this year.

The Federal Government has been making consistent efforts to mitigate the spate of cybercrimes in Nigeria.

This is achieved through various agencies including the Economic and Financial Crimes Commission (EFCC), Office of the National Security Adviser (ONSA) and the Nigerian Communications Commission (NCC) among others.

To that effect, the National Advisory Council on Cybersecurity which is coordinated by the ONSA was set up in 2016 and mandated with checking rising cybercrimes and formulating programs for implementing the Cybercrimes (Prohibition, Prevention, etc.) Act 2015.

Recently, the Cyber Security Experts Association of Nigeria, CSEAN held a conference in Lagos. While delivering his speech, the EFCC boss, Abdulrashid Bawa disclosed that 80% of the commission’s 978 convictions were cybercrime-related offenses.

And all these internets assisted crimes are translated in form of cybercrime, cyber espionage, cyber conflict and cyber terrorism.

According to him, the National Cyber Security Policy and Strategy provided the roadmap for addressing emerging threats in the cyber domain and enhancing the progressive use of cyberspace by Nigerians.

Monguno also added that President Buhari has directed the ONSA to coordinate the efforts of all stakeholders across various sectors of the Nigerian economy towards effective implementation of NCPS.

To this end, the ONSA has been organizing workshops to all Ministries, Departments and Agencies (MDAs) across seven sectors of the economy.

Also, in its effort to stem the tide, the Nigerian Communications Commission (NCC) had last week inaugurated an incidence response facility, aimed at addressing incidences of cybercrimes, protecting telecoms infrastructure and encouraging increased participation in the nation’s digital economy.

The NCC Centre for Computer Security Incident Response Team (NCC-CSIRT), is the commission’s industry-specific intervention, whose objectives are aligned to the National Cybersecurity Policy and Strategy (NCPS), a document published by the ONSA.

In accordance, each sector is required to establish a computer incident response team, and also provide requisite services to the stakeholders and players within the sector as mandated in the NCSPS.

The Minister of Communications and Digital Economy, Professor Isa Ali Ibrahim Pantami, while speaking during launching of the project, described the Centre as a strategic step in boosting cybersecurity in Nigeria and commended the Board of NCC and Danbatta-led commission for ensuring successful implementation of the project.

At the event, the NSA Monguno, also acknowledged the establishment of NCC-CSIRT as a clear demonstration of the commission’s resolve to join hands with the federal government in mitigating any risk that will emanate as the country embraces advanced technology to facilitate digital transformation in the country.

According to Monguno, by establishing the CSIRT, the NCC has taken a step that is impeccable and timely, and in conformity with the highest standards and international best practice, which aligns with the requirement of the Cybercrimes Prohibition, Prevention Act 2015.

With all these efforts put in place, it is apt to aver that Nigeria is surely on course toward achieving a sanitary cyberspace where the incidences of rampant internet attacks will become a history.

Mukhtar Ya’u Madobi wrote this piece from Kano via ymukhtar944@gmail.com