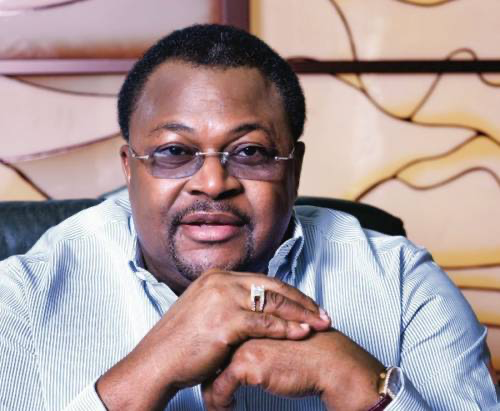 Conpurex, a wholly-owned subsidiary of Mike Adenuga’s oil and gas conglomerate ConOil is being pursued by creditors for a combined debt of about $7 million by a foreign company and a local company.

Earlier this year, Adenuga, chairman of Globacom, a telecommunications company in Nigeria, ranked fifth on the list of wealthy Africans with a net worth of $6.3 billion.

With this personal fortune, Adenuga Jr is very unlikely to be hurting for cash. However, for business partners to get the 68-year-old billionaire to pay off the company’s debts is apparently proving to be an embarrassing issue, with Nigeria’s second richest man once again being haunted over unpaid debts.

In 2016, ConOil was pursued by creditors for a debt of over $140.5 million owed to two foreign companies and one local company.

Fresh litigation is now looming over millions of dollars owed by Conpurex.

Depthwize, a drilling contractor based in Ibadan, the capital of Oyo State, says it is owed more than US$6,248,441.27 dollars ($6.2 million) by Conpurex, making it unable to pay its US partner Megadrill.

A letter by Attorney John Duveilh to Erekata Julius, Chief Financial Officer at ConOil: “It is not the desire of Megadrill or Depthwize to produce a drawn-out legal battle, but rather simply get paid for work already performed and contractually owed. However, if Conpurex refuses to meet their contractual obligations, and the amount is not paid immediately, Megadrill will be forced to take appropriate actions.”

The letter dated August 18, 2021, further stated that the company will notify the Nigerian oil industry regulator, other international firms such as ExxonMobil, Chevron, Shell and Glencore, looking to do business with Conpurex that the latter is subject to ongoing legal action.

It also mentioned that it will seek court orders to seize assets including corporate and private bank accounts.
It said lawsuits could be filed in England and Nigeria, adding that it will notify other international firms – among them ExxonMobil, Chevron, Shell, Vitol, Total Trading and Glencore – looking to do business in that jurisdiction that it is subject to ongoing legal action
It also said it would seek “additional USD (US dollars) funds for violation of the contractual terms for the wrongful payment of Naira when USD should have been paid” and “seek all legal basis from securing assets through appropriate bank accounts”.

The Lagos headquarters of Depthwize also wrote to Conpurex to warn that the non-payment of its invoices is significantly hampering its operations, leaving it unable to renew the insurance cover on its assets.

“Importantly, and sadly so, as an organisation, we have been unable to renew the insurance cover on our operating assets because of a liquidity squeeze attributable in large parts to your non-payment of our invoices. We cannot overemphasize the negative impact this situation is having on our ongoing operations.”

And in a further embarrassment to Adenuga, Megadrill and Depthwize are not alone in imploring ConOil to honour contracts.

Its first letter of March 3, 2021, signed by Uzor and addressed to the Managing Director, Con Oil Producing Limited, is titled: ‘Demand For Payment of Outstanding Invoices.’

“We write to request for payment of our outstanding invoices long overdue for payment from 13/12/2017 to 08/12/2018, totalling Three Hundred and Seventeen Million Seven Hundred and Fifty Thousand, Two Hundred and Sixty-Eight Naira Nine Kobo (N317,750,268.09) only.

“When needed without failure, we have offered to your company; community settlements were promptly handled for speedy execution of jobs. The delay in prompt payment of these bills has had a tremendous effect on our operations. We are going through intense periods owing to our inability to meet up with creditors’ indebtedness and bank loan repayment.”

It said the job was handled professionally, adding that it is “now at a loss as to why payments of these monies owed to us are being withheld”.

He added that in the event of non-payment: “Our attempts to recover the funds will be broad in scope, which is why we must insist that our warning in this letter is taken with the utmost seriousness.

We expect payment to be made promptly.”

The situation has become such a concern to Total that its CEO Mike Sangster wrote to Adenuga personally on March 22, 2021, to request a meeting. In it he spoke of discussing “how we can take concrete steps to move our partnership towards success.”

“I would be happy to meet with you at your private office in person or if you would prefer, a virtual meeting could be arranged,” Sangster had added.

The looming litigation comes amid a brewing crisis in Adenuga’s business estates.

In September, Nigeria’s tax authority FIRs sealed off the offices of ConOil at the Mid Adenuga Towers building over non-payment of taxes.

The government’s Department of Petroleum Resources (DPR) has also reportedly placed a garnishee order on ConOil’s bank accounts to the tune of US$30 million dollars.

Adenuga’s and ConOil’s poor debt record is also affecting their attempts to expand their operations.

Earlier this year, Chevron sold ConOil its 40 per cent stake in Oil Mining Licences (OMLs) 86 and 88, located in the Niger Delta basin. The company reportedly paid a US $250 million deposit for the assets.

However, the state-owned Nigerian National Petroleum Corporation (NNPC), which owns the remaining 60 per cent stake in both blocks exercised its veto over the sale.

Adenuga’s relationship with the oil regulators and agencies was said to have been blighted by ConOil’s poor performance as an operator in the oil and gas industry.

Some sources in the industry said this is responsible for NNPC’s rejection of ConOil’s US $1.3 billion dollars offer for Shell’s Oil Mining Licence (OML) in the western Niger Delta in 2011, preferring a substantially lower US $850 million offer from Heritage Oil.

Little has happened since then to restore the confidence of the regulators or international partners in ConOil and Adenuga.

The company’s Oil Prospecting 257 Asset (OPL), located 150km offshore in Nigeria, which it co-owns with Total, has failed to meet drilling requirements leading to the expiration of its 20-year licence.

Also, ConOil’s OML 136 field off the Nigerian Cost, which Total has a 40 per cent stake in despite being in one of the largest gas fields in Nigeria, with proven reserves of 11 trillion cubic feet of gas, had yet to start production after 25 years of the asset being acquired.