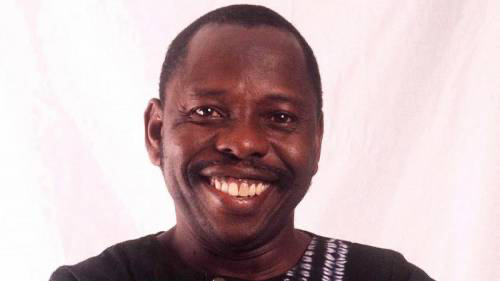 The people of Ogoni land in the Niger Delta region of the country have rejected any plan by the President Muhammadu Buhari government to grant state pardon to the late renowned activist, Ken Saro-Wiwa.

This was made known by Owens Wiwa, brother of the late activist on Friday.

Owens stated that “the Ogoni people demand that the Buhari government exonerates Ken Saro-Wiwa and not grant him a pardon.”

The brother reacted to a statement attributed to President Buhari who said he was considering granting a state pardon to late Ken Saro-Wiwa and others executed at the height of the Ogoni crisis in the 1990s.

The activists, who became known as Ogoni 9, were from the Ogoni region.

Saro-Wiwa and others were tried by a special military tribunal for allegedly masterminding the gruesome murder of Ogoni chiefs at a pro-government meeting.

They were executed in 1995 by the military regime of the late dictator, General Sani Abacha.

Buhari said his government would consider the request to grant them a pardon and bring closure to the case.

He had said, “Furthermore, we are committed to ensuring clemency and national integration as part of this administration’s bid to lay the foundation for genuine reconciliation and bring closure to the issues of Ogoniland.

“The unfortunate incidents of the early 1990s leading to the loss of lives of distinguished sons of Ogoniland and the collateral judicial processes are indelible in our memories.

“Despite the grievous circumstances, the Federal Government will consider the request for the grant of pardon to finally close the Ogoni saga.”

He also noted that the Nigerian Government was committed to cleaning up Ogoniland so that indigenes can return to farms and reactivate economic activities.

A statement issued by Femi Adesina, Special Adviser to the President (Media and Publicity) further quoted the president as saying: “Your Royal Highnesses, distinguished representatives of the people of Ogoniland, I note the need to ensure completion of a segment of the East-West road traversing Ogoniland, and steps will be taken to ensure delivery under the Infrastructure Development Fund as earlier conceived. We intend to complete this vital artery of Nigeria.”

According to him, the Nigerian Petroleum Development Company Ltd (NPDC), a subsidiary of the Nigerian National Petroleum Corporation (NNPC), had been granted a license to operate OML11, which will stimulate economic activities and integration in the zone.