How Hundreds Of Inmates Escaped During Attack On Oyo Correctional Facility 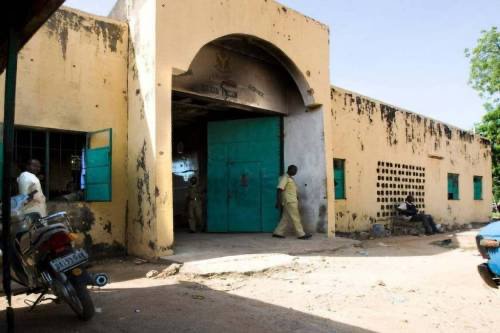 Hundreds of prisoners at Abolongo correctional facility, Oyo town in Oyo state were set free by unknown gunmen on Friday evening, the Spokesman for the Nigerian Correctional Service (NCS) in the state, Olanrewaju Anjorin, has confirmed.

Sources gathered that all the prisoners at the facility were set free during the attack.

A resident of Oyo who informed SaharaReporters about the development on Saturday morning said the incident happened around 10pm on Friday night.

Our sources said the entrance to the prison was blown with an explosive device while security officials at the prison fled for their safety.

Speaking with Journalists on phone, the spokesman of the (NCS), Anjorin said; “Yes. It has been confirmed that the attack actually happened.

“And right now, the Comptroller of Nigerian Correctional Service (NCS) and other top officers are assessing the situation. But I can confirm to you that the incident actually happened.”