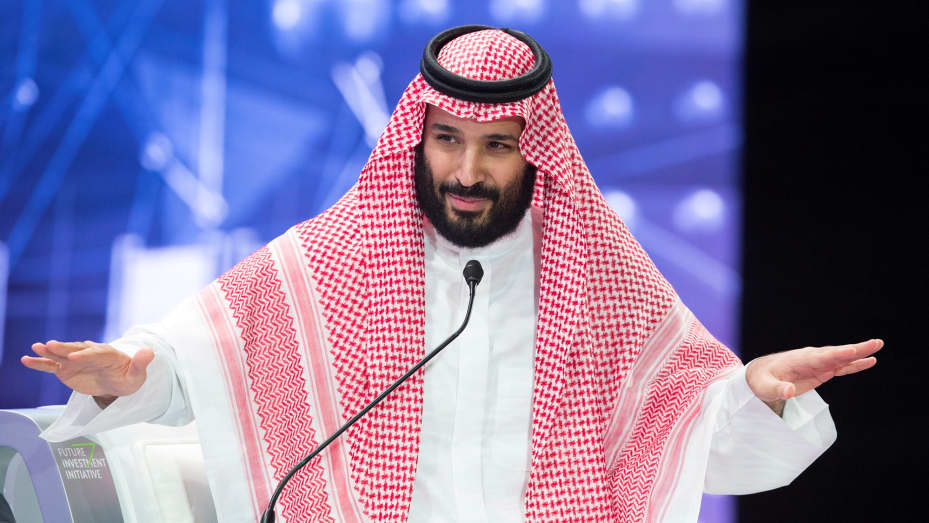 The crown prince of Saudi Arabia said on Saturday that the world’s top oil exporter aims to reach zero-net emissions by 2060 and more than doubled its annual target to reduce carbon emissions to almost 280 million metric tons.

Crown Prince Mohammed bin Salman was speaking in recorded remarks at the Saudi Green Initiative, which comes ahead of the 26th UN Climate Change Conference of the Parties, or COP26, in Glasgow from Oct. 31 – Nov. 12, that hopes to agree on deeper emissions cuts to tackle global warming.

“The Kingdom of Saudi Arabia aims to reach zero-net emissions by 2060 under its circular carbon economy program in accordance with the kingdom’s development plan … while maintaining the kingdom’s leading role in strengthening security and stability of global oil markets,” Prince Mohammed said.

Riyadh, a signatory to the Paris climate pact, on Saturday set out details of its nationally determined contributions (NDCs) – goals for individual states under global efforts to prevent average global temperatures from rising beyond 1.5 degrees Celsius above pre-industrial levels.

Saudi Arabia in March pledged to reduce carbon emissions by more than 4% of global contributions through initiatives including generating 50% of its energy needs from renewables by 2030 and planting billions of trees in the desert state.

Saudi Arabia has been criticized for acting too slowly, with Climate Action Tracker giving it the lowest possible ranking of “critically insufficient”.

WATCH NOW
VIDEO10:35
What a future without oil looks like for the Gulf countries
The kingdom’s economy remains heavily reliant on oil income as economic diversification lags ambitions set out by Crown Prince Mohammed bin Salman.

Saudi officials have argued the world will continue to need Saudi crude for decades to come.

And experts say it is too early to tell what the impact of Saudi’s nascent solar and wind projects will be. Its first renewable energy plant opened in April and its first wind farm began generating power in August.

Some investors have expressed concerns over the kingdom’s carbon footprint. Others say Saudi Arabia emits the least carbon per barrel of oil and that de facto ruler Prince Mohammed is serious about economic diversification.

“Obviously the carbon footprint is an issue. However, we would highlight that realistically carbon is going to be slow to phase out, and oil is here for some time yet,” Tim Ash at BlueBay Asset Management said in emailed comments.