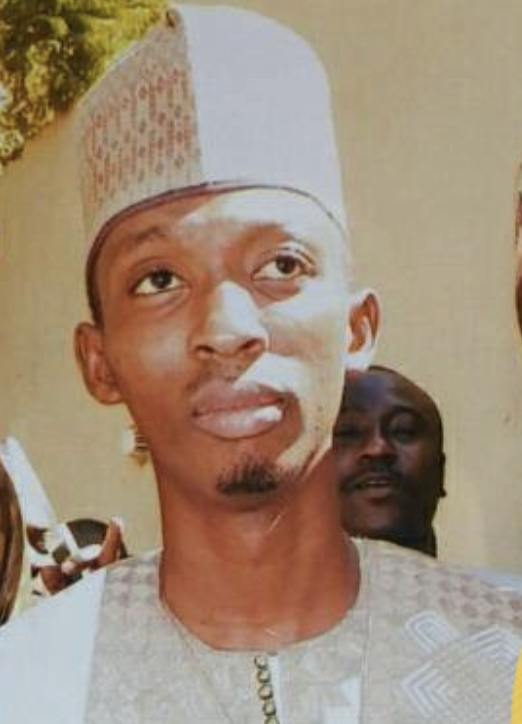 As it is common with weekly markets, traders from near and afar often arrive the market square on the eve of the market day, waiting for the next dawn and sunrise to untie their loads and display their commodities for sale.

Such is common with Goronyo, a town and local government in the eastern part of Sokoto State, which is popularly known for its large production of onions and garlic. It is its potentials in agricultural commodities that attracts many traders to the town to purchase agricultural produce.

Goronyo market is the third largest weekly market after Illela and Achida markets.

The market operates on Sundays and traders from within the state and neighbouring states of Nigeria as well as traders from countries like Niger Republic, Benin, Chad and Cameroun converge in the market for the purpose of buying and selling commodities.

Trucks with loads of commodities like grains, foodstuffs, cattle, sheep and goats, onions, garlic and other provisions surface in the market for sale.

It is a market where large volumes of goods are traded but following the orders issued by the Sokoto State government which restricted movements of trucks loaded with firewood and animals, the market suspended operation for a while until last week on Sunday, October 17, 2021.

As a result, small and petty business holders were anxious to continue their normal trade as most of them had loads of unsold commodities in farms and store houses.

Most people living along the corridor, their livelihood depends on the operation of such markets.

Apart from the major forces of the market, small food vendors go there to sell food and earn money, others go there to offer manual labour to move goods with wheel barrows, and offload goods from trucks and lorries for money.

On that very day the market reopened, it was jam packed, as market men and women were busy carrying out their normal business activities with the notion that things have returned to normal.

In this case, so many wondered and asked the question; why would traders, despite their awareness of the prevailing insecurity in the area and without receiving an official pronouncement from the government or clearance from security forces returned for the weekly trading activities, took the huge risks.

Alas! Things fell apart that day as bandits in hundreds on motorcycles, fully armed and disguised in fake army, police and vigilantes’ uniforms besieged the market in the evening and shot at people sporadically.

About six-three people were reported to have be killed by the bandits, including women and children, while scores of people were injured and are now receiving treatments in various hospitals. Many got injured as a result of the stampede in the market that day.

The bandits carted away foodstuffs and burnt a lot of properties ranging from commodities to cars, trucks and shops. The masterminds of the attack were the bandits, who fled from Zamfara State military bombardment and formed an alliance with the bandits in Eastern Sokoto.

According to them, they carried out the massacre in retaliation of the lynching on the Fulani communities by the vigilantes in nearby hamlets.

Witnesses of the scene narrated that the attack was full of fury and vengeance by the bandits.

The operation was not just with the motive of robbing people their belongings but to descend violent rage on innocent souls. Most of the victims are traders from outside Goronyo town. They unfortunately become victims of circumstances.

They sympathized with the surviving victims of the attack and condoled with the families of the victims.

The Chief of Army Staff and the governor assured the people of the area that adequate measures will be taken to prevent future occurrence of such attacks and the culprits will be brought to justice.

As of the time of making this write-up, soldiers were deployed to the town and various security forces’ checkpoints are formed to mitigate the insecurity situation in the area.

Other large markets like Illela and Achida markets may be the next targets for the bandits.

It won’t be easy though to attack Illela market because of the high presence of security personnel there, which includes the army, police, customs service and immigration service officers and various checkpoints mounted, as the town is bordering Niger Republic, but there is need for the government to take serious measures on the bandits just as the way it was done in Zamfara and Katsina States.

I am optimistic that if our security forces apply the same strategy used in the neighbouring states of Zamfara and Katsina, the bandits will soon meet their waterloo so that peace and tranquility will reign in the area and people will not continue to suffer the economic hardships they are experiencing now.

Sanusi is a Secondary School Teacher in BUA Cement Schools (Sokoto) where he teaches Economics to senior students with over ten (10) years of working experience in teaching.

Usmanu Danfodiyo University, Sokoto. He has some few publications to his name and he is currently pursuing a professional program in Accounting (ICAN).