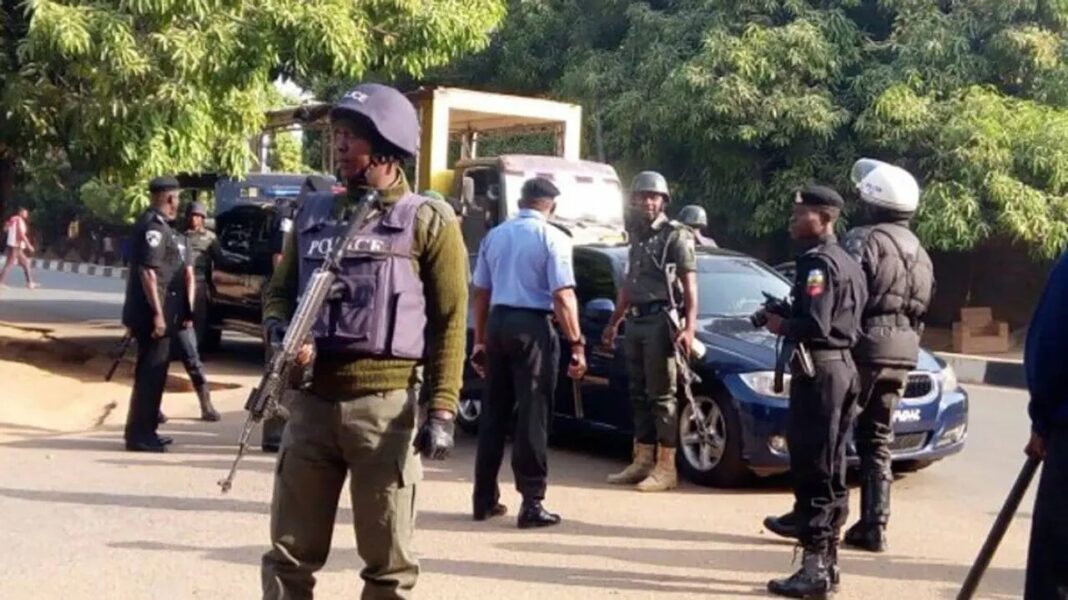 The police in Ebonyi state has arrested a 40-year-old man, Chibuike Ochie, for killing his sister-in-law, younger sister and a hired labourer.

According to reports, the suspect was said to have gone beserk, invaded the farmland wherein the deceased persons were farming at Uburu community, Ohaozara Local Government Area of the State and launched an attack on them on Sunday, October 24. He tried to escape was caught by irate youths of the area who mobbed him. The police said he’s currently in the hospital on life support.

Confirming the incident to newsmen, the spokesperson of the state police command, Loveth Odah, said investigations were still on to ascertain exactly what caused the attack and killing of the three persons.

”It was reported that by 1640hrs of 24th of October, 2021, when the family of Ochie were in the farm including a hired labourer that was farming for them on that particular day. One of their brothers, Chibuike Ochie, went into the farm and suddenly started macheting them.

He succeeded in macheting Ogechi Ochie 32 years old who was said to be the wife of the elder brother and the younger sister Margaret Ochie, 35 years old and the said labourer. The three of them were macheted to death on that farm and he escaped.

In the process of fleeing the scene, irate youths of that area caught and mobbed him. As I’m talking to you now, he is still critically sick to the extent that he is living on a life support machine.

Investigation is still on, but it will be properly ongoing when this man survives.

That is why we keep discouraging the youth from taking laws into their hands especially when a person committed offence like this. If they brought the person to us, he would have told us the reasons he had to do this to his family members and he would have faced the law. But in this case, a lot of money is being spent to revive this person.

The incident took place at Obegu farm in Uburu. According to the DPO who visited the place, he said the farmland is about 25km away from Uburu town.”