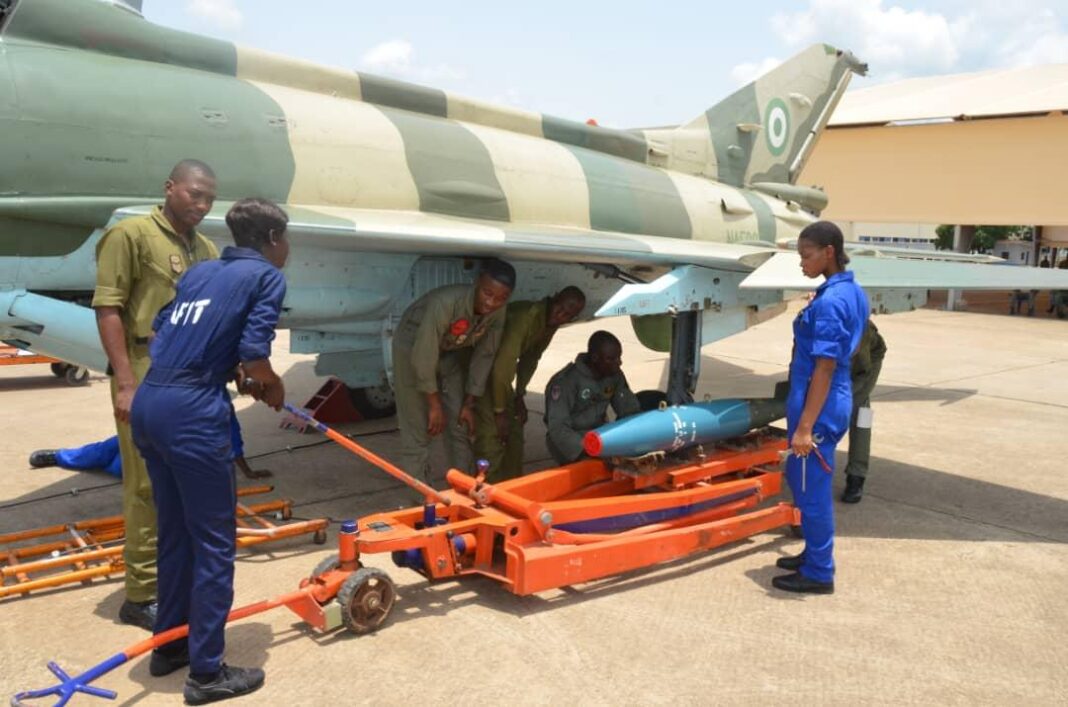 It also gathered that the tax collectors, who always moved in groups, were sighted and targeted at different locations while mounting roadblocks to collect taxes and levies from commuters and merchants in the town.

A security operative told PRNigeria that, “The airstrike was conducted at Tumbum Kanta and Mangari, close to Baga in Kukawa local government Area of Borno State.

“We couldn’t ascertain the exact figure of the terrorists killed, but they are more than a dozen.”

Meanwhile, the Nigerian troops in a separate gunbattle eliminated another group of ISWAP terrorists in Marte.

PRNigeria gathered that four soldiers and one Civilian Joint Task Force (CJTF) member who were wounded during the operation were airlifted for medical attention in Maiduguri.